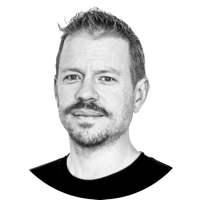 While I was writing a chapter for an upcoming book I needed to demonstrate how to retrieve the public IP address of a computer. Obviously there are websites like What is My IP that will tell you the answer, but what if you wanted to know the public IP address of a remote computer? For example, a server in a remote datacenter that does not have Internet Explorer installed, or that you don’t want to have to RDP to and open a web browser to connect to What is My IP.

Update: after I published this Ravikanth Chaganti helpfully pointed out an API that can be queried for the same result, but much cleaner and simpler to work with. I’ve updated the script on Github and will leave the old version (and the rest of this blog post) intact as an example of HTML parsing.

With PowerShell it is reasonably simple to query a web page and parse the HTML, so pulling out the IP address from such as web page is possible. I chose to use DynDNS for this task, as it has much cleaner output that I found easier to work with.

That works just fine, but I wanted to write a script that would return only the IP address. Furthermore, I wanted the script to work for the local computer or a remote computer.

That’s when I ran into a little problem. The result that was returned by Invoke-WebRequest for the local computer was slighly different to that returned by a remote computer. The remote computer result would not parse using the same method. I spent a few minutes searching for a solution before I decided to just switch to a workaround that would avoid the issue for now.

Now $result gives me the same output as the earlier example, so the last task was to clean it up to only return the IP address.

The resulting script, Get-PublicIPAddress.ps1, is available on Github. It has a single, optional parameter that is used to specify a remote computer to run against. You’ll receive a credential prompt in that case. I’m using Write-Host for simple output but you can easily use the $ip variable in any way you need to if you put this script code to greater use in your own projects.